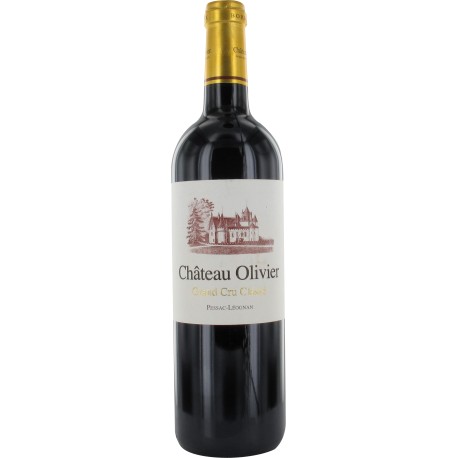 Olivier is a very old seigneury, which can be found in the High Middle Ages. Since the 19th century, the estate has belonged to an old Bordeaux family, the de Bethmann family.

In recent years, the vineyard has been the subject of considerable works and investments. A very precise geological inventory revealed new potentials on this terroir; it made it possible to confer on the Vineyard the cadastre which was its own in the 18th century. On a terroir of gravel on a clay-limestone base, six different grape varieties are grown there.

Château Olivier was classified in 1953 for its red and white wines.