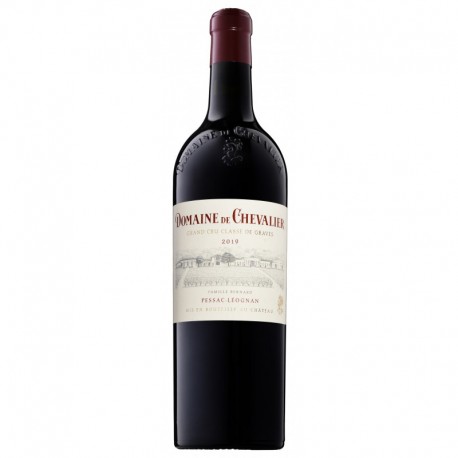 Located in Léognan, capital of Graves, the Domaine de Chevalier is of very ancient origin. It was formerly called "Chabaley", Gascon name under which it appears in 1783 on the famous map of Pierre de Belleyme, engineer geographer of the king. The very notion of domain, deliberately kept by the successive owners who never wanted to abandon it in favor of the more recent appellation of "castle", is the legacy of this long history.

In 1983, the property was acquired by the Bernard family, the French leader in the eaux-de-vie market and an important merchant in great Bordeaux wines. Since then, it has been managed by Olivier Bernard who perpetuates the spirit of balance and the search for perfection.

The Domaine de Chevalier rouge, one of the jewels of the Pessac-Léognan appellation, belongs to the elite of the Grands Crus Classés of Bordeaux. Domaine Chevalier Blanc is recognized as one of the greatest dry white wines in the world.