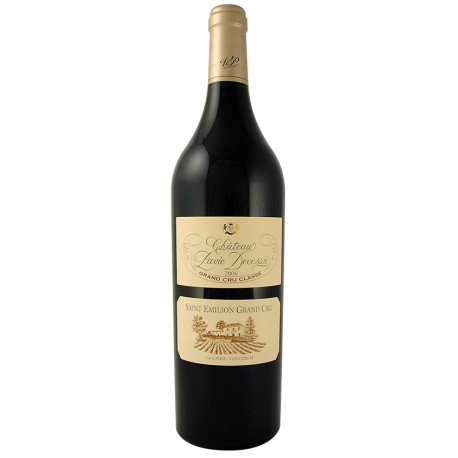 In the shadow cast by its glorious elder, whom he nevertheless dominates from all his height, located on the limestone plateau of Saint-Emilion, Château Pavie-Decesse, bought by Gérard Perse in 1997, a year before Château Pavie, is one of those “happy few” who belong to the leading group of Grands Crus Classé de Saint-Emilion.

Treated with the same respect as its elder, whose land it shares for the most part, Pavie-Decesse today possesses, as the consistency of its production attests, all the advantages of a “Grand”.

If Pavie and Pavie Decesse - in its new configuration - constitute a single-block vineyard, they nonetheless remain specific wine-growing entities, each with a terroir with well-defined characteristics.

For its part, Pavie Decesse draws its originality from the fact that it is entirely located on the limestone plateau of Saint-Emilion.