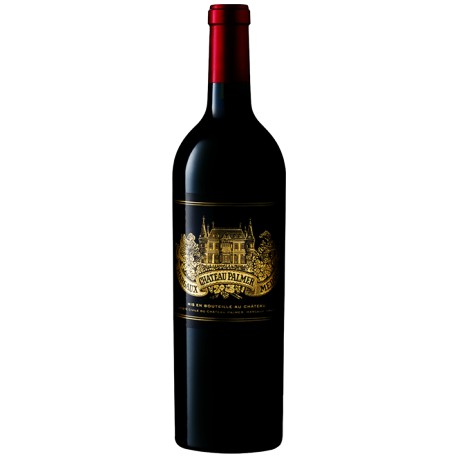 Along with Château Margaux, Palmer is the other big star of an appellation that is too often heterogeneous. The vineyard is exceptional, with a ridge that faces Château Margaux and looks out over the estuary, made up of Pyrenean gravel in three horizons, 30 cm of sandy gravel at the surface, then 30 cm of clay gravel seated on new sandy gravel. Perfect potential for regular nourishment of the vines and ideal drainage. "This horizon rich in clay acts like a natural drip, the vine never suffers from drought."

Its style, made of opulence and roundness, with a magnificent silkiness, is nevertheless very different from that of its neighbor. The explanation lies mainly in the difference in grape variety (and therefore in terroir) between the two vintages. Château Palmer is thus one of the classified growths of the Médoc to integrate the highest proportion of Merlot in its final blend (around 50%).

Château Palmer has written its legend by producing some absolutely sumptuous wines: the 1961, 1983 and 1989 remain essential references. Now owned by the heirs of three great families, the Mähler-Besse, the Sichel and the Bouteiller, Palmer is managed by the brilliant Thomas Duroux who, since 2004, has allowed the cru to gain even more precision and above all in regularity, carrying the last vintages at the top. The conversion to biodynamics of the vineyard is underway for certification in 2017.